Liverpool have been quite famous for their attack this season since they have the likes of Mohamed Salah, Sadio Mane and Roberto Firmino in their ranks. The trio up front has delighted and amazed most of us but one player often escapes the spotlight and that is their young left-back Andrew Robertson.

At 23 years of age, he has successfully established himself as one of Liverpool’s most promising players and he does seem like a solid player to finally help them solve the left-back conundrum.

The left-back area was always a problem for the Reds and when Robertson was signed last summer from Hull City, he did not evoke too much enthusiasm from the fans. Having used James Milner out of position for a good majority of the season, Jurgen Klopp resorted to using Alberto Moreno as the first-choice left-back and to be very fair, the player did decently enough and worked his magic at the back for the club.

However, ever since Moreno succumbed to an injury and limped off the field in December, Robertson has done everything he can to fill the void. He has been exceptional for most parts and there is no doubt that he could go on to become a solid long-term option for the left-back role at Liverpool. 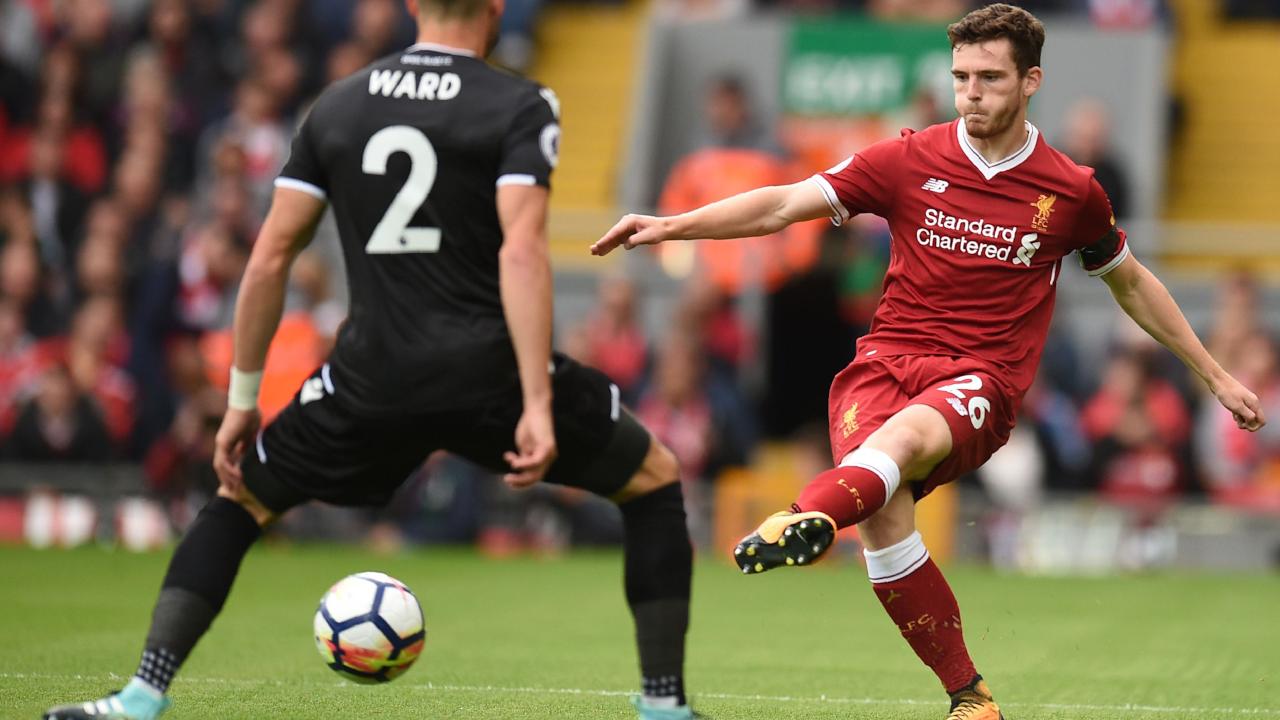 He is a fast learner and a hard-worker – both qualities that Klopp values in his players and given the way the German gaffer has improved the club’s performances, Robertson can go a long way.

His passing skills are absolutely top-notch and in addition to that, his stats from this season look quite promising as well. In 17 appearances across competitions for Liverpool, Robertson has provided a solitary assist and his pass success-rate stands at a modest 86.3%. He is a tad bit weak when it comes to aerial encounters, winning just 0.7 of those per game. However, the player makes an average of 1.4 interceptions, 1.4 tackles and 2.3 clearances per game.

It is not only his defensive solidity that is remarkable but he is also quite adept at surging forward to contribute to the Liverpool attack as well. In fact, it is safe to say that having him in the squad has vastly improved the club’s performances on the whole. His energetic displays on the left-hand side have also made him a fan favourite and there is no doubt that he’d be a sustainable player for the Reds in the days to come.