Pep Lijnders’ return to the Liverpool coaching staff was warmly greeted by supporters on Tuesday night, although not with quite the fanfare of a new player.

The Dutchman, 35, will not be banging the ball in the back of the net next season, but his arrival is every bit as important, if not more so, than those who do. 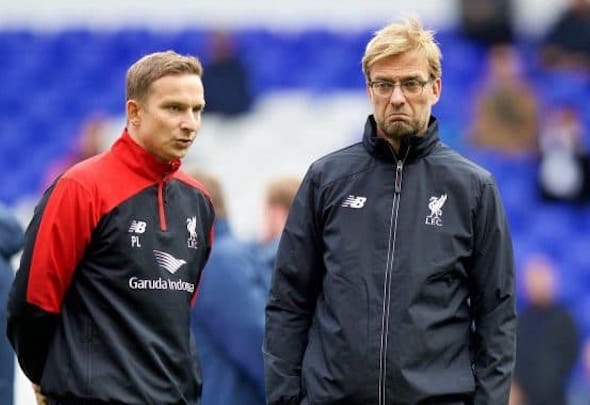 Liverpool announced on their official website that Lijnders is heading back for a second spell and will take up a senior role on their coaching staff after his recent dismissal as manager of Dutch side NEC Nijmegen.

Amid strong doubts as to whether Jurgen Klopp’s long-standing number two Zjelko Buvac will return to Anfield after walking out weeks before the club’s biggest match in a decade, Lijnders has been parachuted into a key position.

With Buvac gone and unlikely to reignite his 17-year coaching relationship with Klopp, the Merseyside giants need a coach who can help Klopp implement the playing style and tactics that are integral to Liverpool’s progress next season.

Enter Lijnders, who is a pure coach as opposed to Klopp’s long-standing number three Peter Krawietz, who is more of an analyst.

Described as “brilliant” by Klopp, Lijnders will be responsible for implementing the high-octane style of play in which Liverpool press relentlessly to win back possession before counter-attacking with pace and movement.

With two new arrivals already confirmed in Naby Keita and Fabinho and a top-class attacking midfielder almost certain to join them – reports in France and England suggest a deal for Lyon playmaker Naby Keita is at the advanced stage – there will need to be tweaks to the team that thrilled in the nearly-but-not-quite recently completed campaign.

Should Klopp and Lijnders get it right on the training ground, Liverpool’s already potent attack could be the most devastating in Europe.

With Keita driving from midfield, Fabinho screening the defence and the holy trinity of Roberto Firmino, Mohamed Salah and Sadio Mane already established world-class forwards, plus another top attacker to add further reinforcements, there is the potential for the team to wreak havoc more often.

Lijnders’ new agreement won’t get the attention of any of the summer transfers, but it is a deal that can take the side to the next level.