Pep Guardiola says he is not concerned by rival clubs spending money as Manchester City aim to hold off several challengers for their Premier League title.

The former Barcelona and Bayern Munich manager was speaking ahead of Wednesday’s pre-season friendly against Liverpool in New York, following their 1-0 defeat to Borussia Dortmund on Saturday. 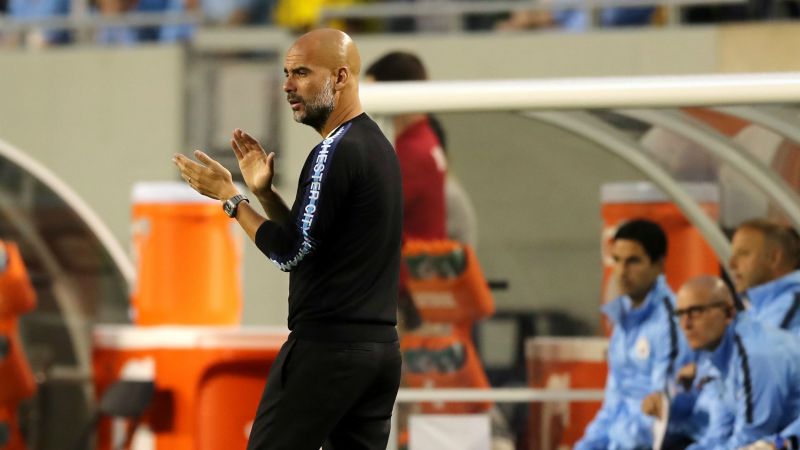 The Reds have been busy this transfer window this off-season with a number of additions moving to Merseyside, including Xherdan Shaqiri, Naby Keita, Fabinho and Alisson, whilst there has also been speculation of Nabil Fekir and Thomas Lemar joining.

But Guardiola remained coy when asked whether there would be any more additions at the Etihad following the arrival of Riyadh Mahrez, and added the business of other clubs does not worry him.

“Every club does what they believe. I completely understand,” he said.

“I am not concerned about what one of us said one day and the circumstances. If Liverpool believes they should spend this kind of money, it is because they believe it is best for them.”

Guardiola also spoke about his recent three-year contract extension with City for the first time, and whilst pleased to tie himself to the club until 2021, he understands he has to continue to deliver a challenge for trophies.