Jurgen Klopp insists Liverpool’s seven-match winning run does not make him “a genius”, with the German having merely unlocked the club’s potential.

It has taken the best part of three years for the Reds to reach this point, with a proven manager turned to in October 2015.

Klopp was brought to Anfield to build on foundations put down by Brendan Rodgers which had started to crumble.

He has delivered on that remit, with a faultless start to 2018-19 helping to raise expectations ever further, but major silverware remains the ultimate goal.

Klopp is hoping to land a first trophy since 2012 this term, with all of those connected with Liverpool urged to have “the time of our lives” as tangible success is chased down.

“We grow step by step. The club, the team, everything. Hopefully it stays like this,” Klopp told reporters in the wake of a 3-0 victory over Southampton.

“I am not a genius. I knew about the potential of the club and the stadium because everyone knows about it.

“Of course it is different [now] but the team is different and we win step by step. If I would have said three years ago we would have a better atmosphere in the stadium and win more home games then that is nothing. People would expect that.

“We want to win things but we don’t know when that will happen. We don’t have a clue, so we should have the best time of our lives until it happens.

“Performance-wise, result-wise, atmosphere-wise, have the best time until it happens.

“When it happens we have to start again. If it doesn’t happen we have to try again. That is how life is and football is.” 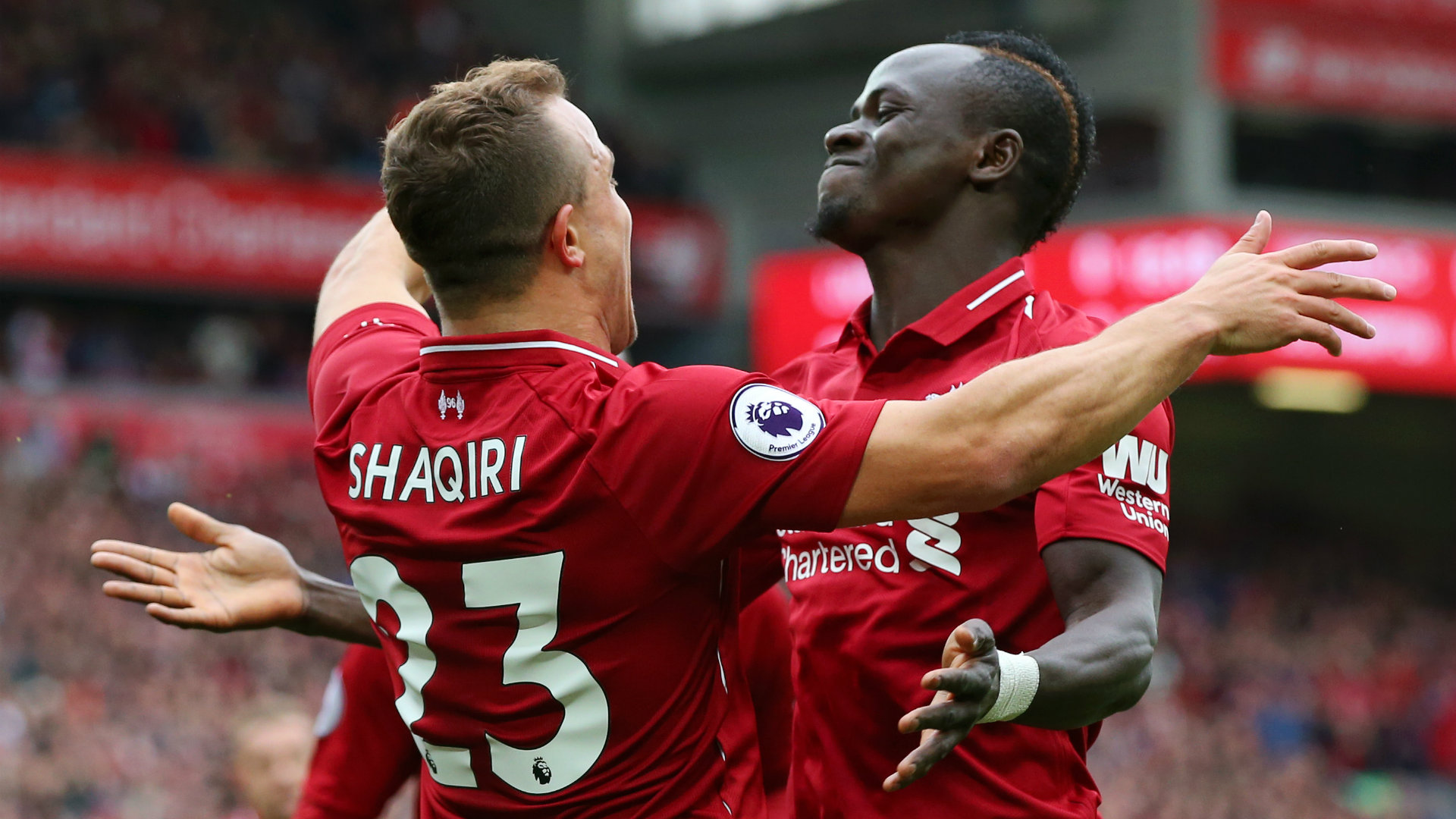 While Liverpool have passed every test up until this point, the next week promises to offer more stern examinations of their credentials.

The Reds are due to face Chelsea in Carabao Cup competition on Wednesday before facing the same opponents in Premier League action at Stamford Bridge on Saturday.

“I don’t expect a better atmosphere because what I like is our crowd really responds to the game,” Klopp added ahead of a midweek visit from the Blues to Anfield.

“Not in a bad way if we don’t perform they don’t moan or whistle. But if we deliver passion, they are over the moon. Against Southampton we controlled the game so I am completely fine.

“But now Chelsea is coming in a very good moment.

“I don’t understand why people constantly say it is about City and Liverpool [for the title] and forget that Chelsea are winning games in a quite impressive way. Then again Chelsea on Saturday. It is fine but nothing else.”