The Champions League is a competition that theoretically pits the best that Europe has to offer against one another. However, Liverpool found the game a breeze and the gulf in class was enormous.

It ended up being a routine match for the Klopp’s side as they overcame a team that would probably struggle to make it in the Premier League. The Reds therefore took the opportunity to give Fabinho his second start of the season and allow Shaqiri to show his ability in midfield.

Liverpool might not have been tested too much but they will have welcomed the opportunity to fine-tune their tactics for the matches ahead. Jurgen Klopp will take comfort from the fact that Fabinho and Shaqiri look to be very good options in midfield and that Salah was in good form as he got himself a brace. 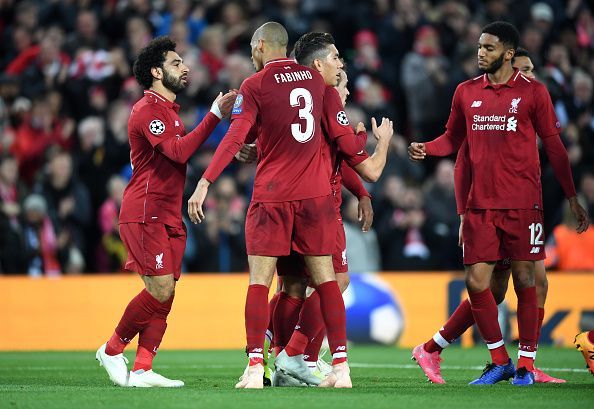 A snip at £13m, it was expected that Xherdan Shaqiri would just be a back-up player for Mo Salah. However, the long-term injury to Alex Oxlade-Chamberlain has left a gap for another player to fill the void as an attacking midfielder.

With Lallana also injured and Wijnaldum now playing a deeper role for Liverpool an opportunity arose for Shaqiri. Against Red Star he shone in the role as he caused havoc for the Serbian’s defence and midfield.

Shaqiri constantly shifted his position during the match making it very difficult for him to be marked. His tenacity in midfield allowed him to win the ball back and play a fantastic ball for Robertson as he assisted the first goal. Shaqiri then produced an excellent flick to Salah as he laid on the second goal.

If Shaqiri can continue to impress in this new role then he can be a fantastic option for Liverpool. More importantly though is that the loss of Oxlade-Chamberlain will be much less impactful.

It’s taken some time for Fabinho to adapt to life at Liverpool just as it did Andy Robertson. However, the Brazilian looked at home in an albeit comfortable match. Nevertheless, it’s encouraging for the Reds and as Klopp pointed out before this game he kept Gundogan out of his Dortmund team for six months and he turned out alright.

It’s been a long time since Liverpool had a hard-tackling midfielder in their team. Despite not necessarily needing to put himself about that much Fabinho saw the match as an opportunity to impress.

The midfielder was aggressive and decisive in his play as he consistently won the ball back for Liverpool and played the ball forward for his teammates to launch attacks.

Fabinho needs to be tested against more top-level opponents but definitely impressed tonight.