Liverpool manager Jurgen Klopp has insisted he ‘never had a problem’ with German midfielder Emre Can after he left the club for Juventus on a free transfer earlier this summer.

Can was offered a new contract to stay at Anfield past this summer but rejected it and instead opted to leave Merseyside for a move to the Serie A giants.

Klopp insists he harbours no bad feelings towards his fellow countryman though and believes he will shine in his new surroundings alongside Cristiano Ronaldo and Co.

‘We always had and still have a good relationship,’ Klopp told the Liverpool Echo.

‘I have no problem with a player leaving. The only problem I had for the club was that I wanted to get some money: “Sign a new contract and then we’ll sell you!” But that wasn’t really realistic.

‘There was never a problem between Emre and I.

‘Emre is 24 now. Playing in another country can be a life target: “I’ve spent four years in England, now I want to go somewhere else.” 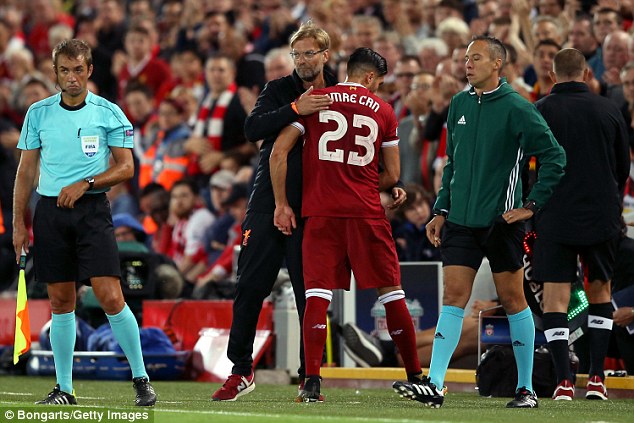 Klopp also revealed he knew Can would be leaving months before his move was officially announced and that knowledge allowed him to plan for this season.

Brazilian midfielder Fabinho joined the club for £44million back in May while the Reds have also strengthened in midfielder following the arrival of Naby Keita.

‘We knew early enough that it was pretty likely he would leave and we were able to plan,’ Klopp added.

‘There was nothing to say about it during the season. If I had said to people in March ‘Yes, he will leave 100%’ then immediately people would have thought he wouldn’t give his all any more.

‘I knew Emre would give everything. He was desperate to play in the last few games. It was only possible in the last one but not in the best shape because of the injury.