Arsenal legend Thierry Henry is particularly impressed with the partnership that the first two are building in Liverpool’s attack.

Both Salah and Firmino scored and assisted each other in the Reds’ 2-0 win over Southampton yesterday.

The Egyptian’s composed finish made it 29 goals in all competitions, while his Brazilian team-mate’s goal was his 20th.

In particular, the two attackers displayed their telepathic understanding for Liverpool’s second strike.

“If he flicks it too early, the players will get it,” Henry said on Sky Sports.

“But he waits a bit, goes around the ball and flicks it back towards the path of Salah.“

“But when you have two guys on the same level in terms of their brain, that’s what you get.

“They do [look like they enjoy being on the pitch together]. Obviously it helps when we saw what we saw today, they combine a lot.

“Salah knows that Firmino is going to drop and he can run in behind, when he gives him the ball, he usually knows that he will receive the ball back. 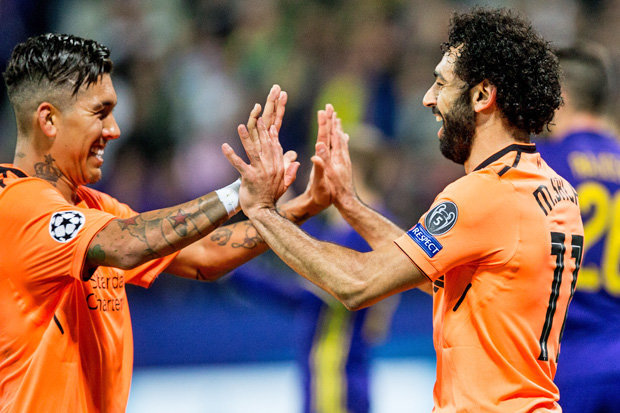 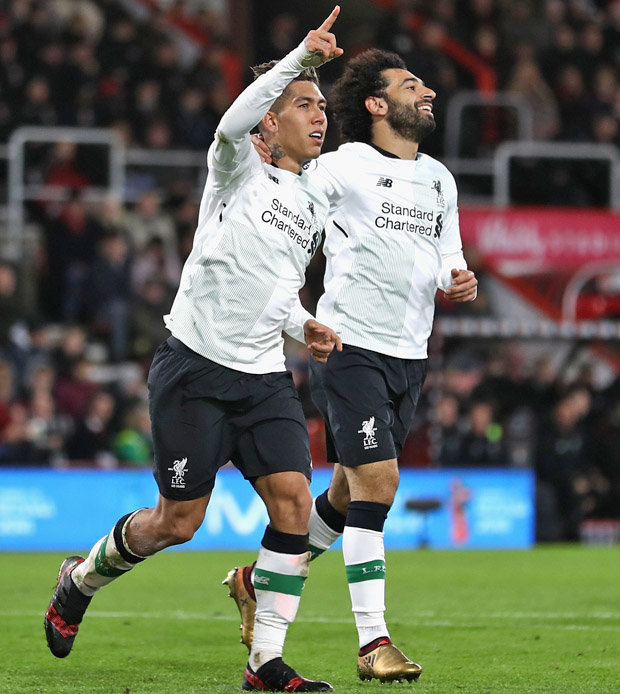 Between them, Mohamed Salah and Roberto Firmino are just one away from 50 goals combined

“They’re hot at the moment.

“Obviously Salah has just arrived so it’s still early between those two but you can see a great partnership developing there.”