Sadio Mane scored a hat-trick as Liverpool all-but booked their place in the quarter-finals of the Champions League with a stunning 5-0 victory over Porto this evening.

The Reds opened the scoring in the 25th minute when Porto keeper Jose Sa let a straightforward Mane effort squirm through his hands and over the line for 0-1.

Mane was then on hand to make it 0-3 shortly after half-time as he tapped home after Roberto Firmino’s shot was saved following a stunning break away. 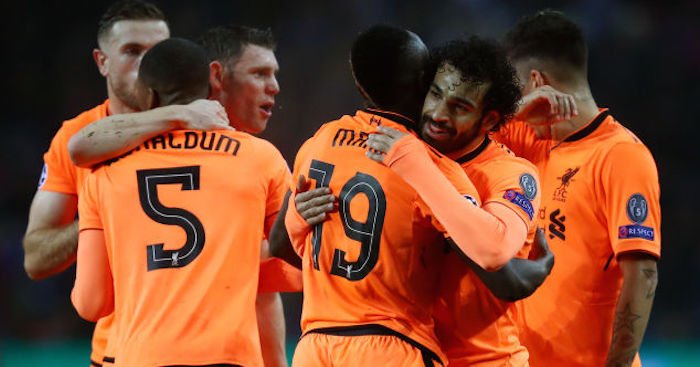 It was 0-4 15 minutes later as Firmino fired home after another superb move before Mane completed his treble with a powerful strike from the edge of the area.

The victory puts Liverpool in complete control and there is virtually no chance the Merseysiders will throw away a 5-0 lead in the second leg at Anfield.

Former Chelsea midfielder Lampard was clearly impressed by the composure shown by Salah in front of goal and he heaped praise on the Egyptian at half-time following his strike.

Speaking during BT Sport’s coverage of the game, Lampard said of Salah’s goal: “If you do that in the playground, it doesn’t matter, because you’ve got that extra two or three seconds.

“You don’t do it [Salah’s skill for his goal] at this level unless you’re a top player.”

Liverpool FC will now switch their attentions back towards Premier League affairs and their home clash against West Ham United on 24 February at Anfield.

That means that the Reds have a full 10 days off to recover from a gruelling festive period as they look to enjoy a successful end to the season.