Daniel Sturridge admits he is enjoying his new role under Jurgen Klopp after starting the season in a positive manner for Liverpool.

The England international has come off the bench in all five of his Premier League appearances this term, scoring against West Ham in 4-0 win and at Stamford Bridge to equalise late on against Chelsea.

Sturridge started in the Champions League at home to Paris Saint-Germain, grabbing a goal as the Reds edged out the French side 3-2. 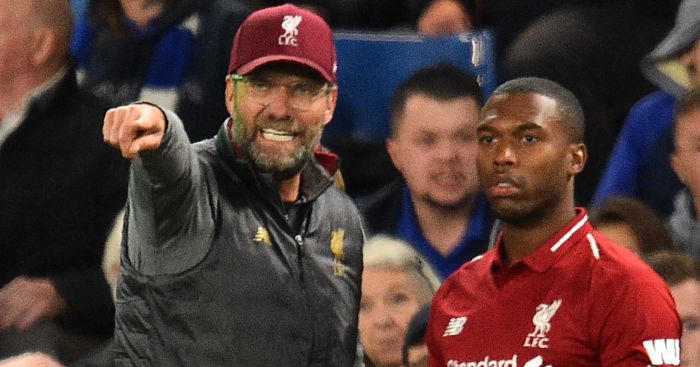 “The position I’m playing now isn’t the old position I was playing. In the past, I’ve been a No.9 making runs behind, whereas now it’s more a No.10 than it was,” Sturridge said.

“You’re probably a little bit deeper and working hard. The runs you probably would have made in behind you are now doing in the midfield area, getting on the ball and things like that.

“We have wingers who make the runs in behind and they act as second strikers in effect, and the No.9 is now kind of a nine-and-a-half or 10 more than a No.9. Your role is just different but I enjoy it. I’ve always felt I could play a position like that.

“Now, it is different so your mindset has to be different going into the game before you play, about how you work defensively.”